Set in a somewhat slightly recovered world after a mass apocalyptic event, you wander the wastes finding loot and recovering weapons to eliminate the few people that remain.

Each tile in this game is a square kilometer, with it's own hidden resource which is scavanged when you enter the area, you move your player one space per turn, recovering items to assist in the destruction of players and the environment until you are the last remaining player in existance.

Allegiances can be formed with other players, but in the end only one player can survive, even the best of allies must plot against each other and formulate a plan which leaves what remains of the riches of this barren world to themseleves.

Cards you pick up from squares can be coupled together to form larger attacks against one, or multiple players. After scavenging a square it becomes radiated again, causing damage to any other players who venture into the area again. This makes the map rapidly shrink and forces players to regenerate parts of the map to be able to be safely walked on again, but eventually the map will be radiated and only the best stocked player will survive. 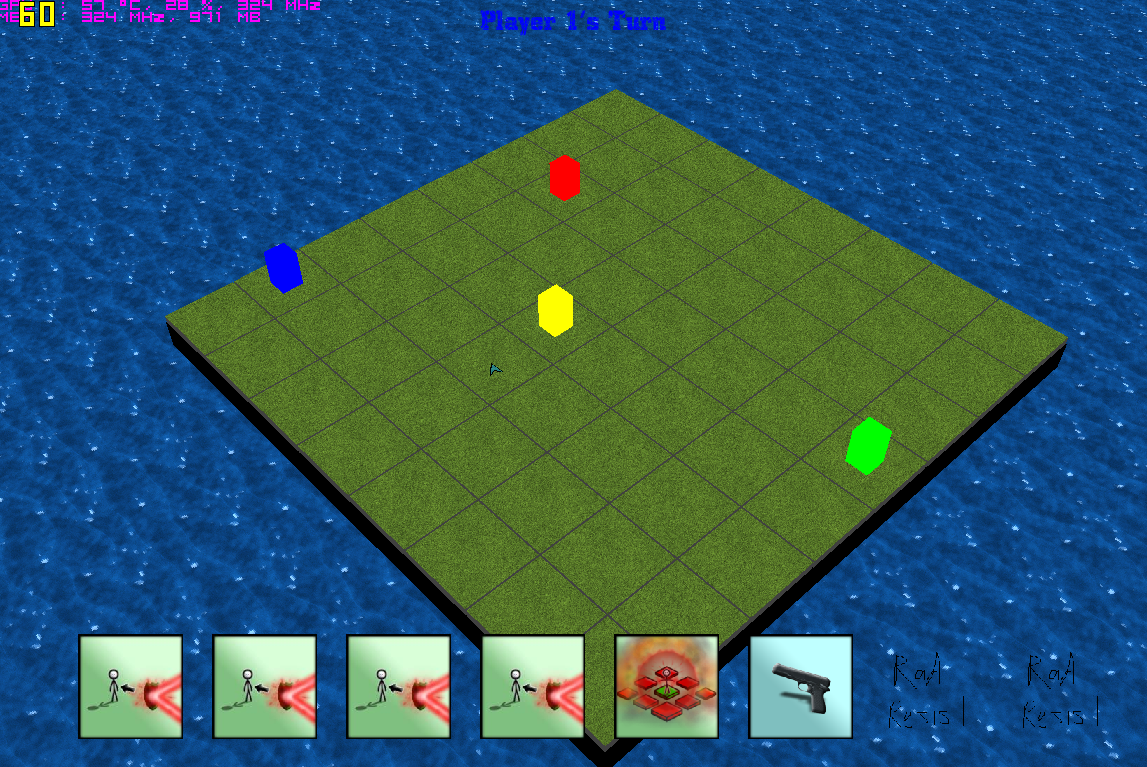 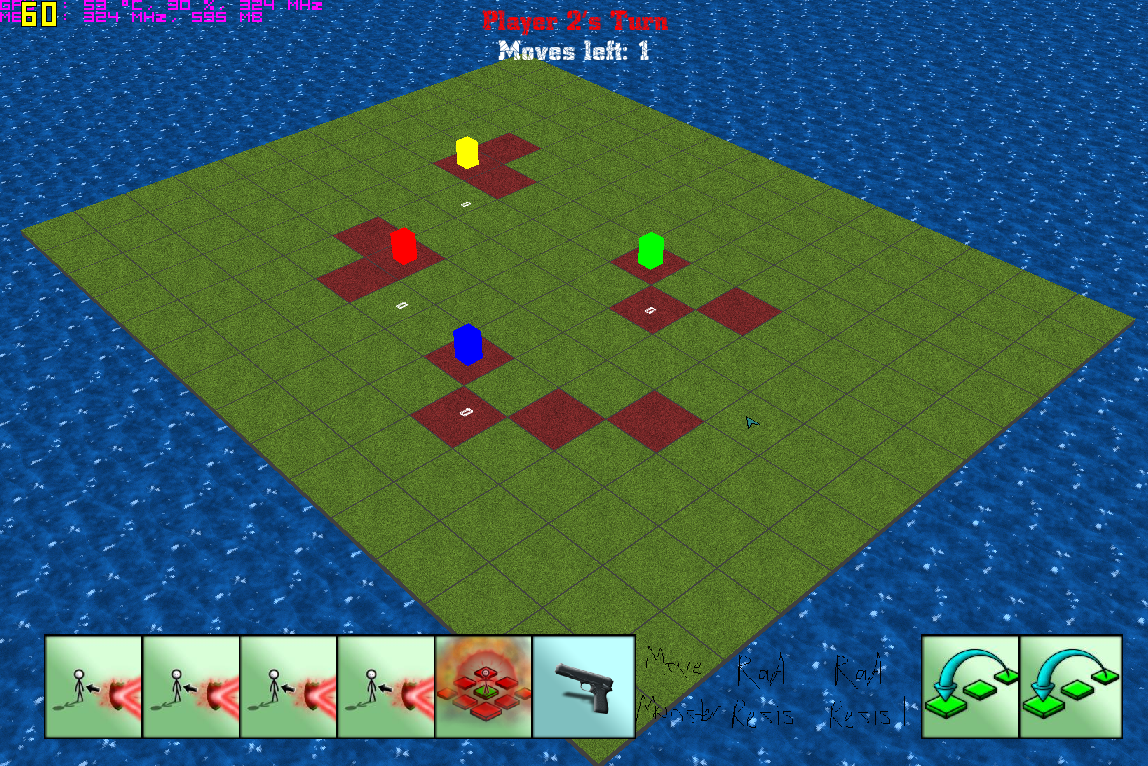 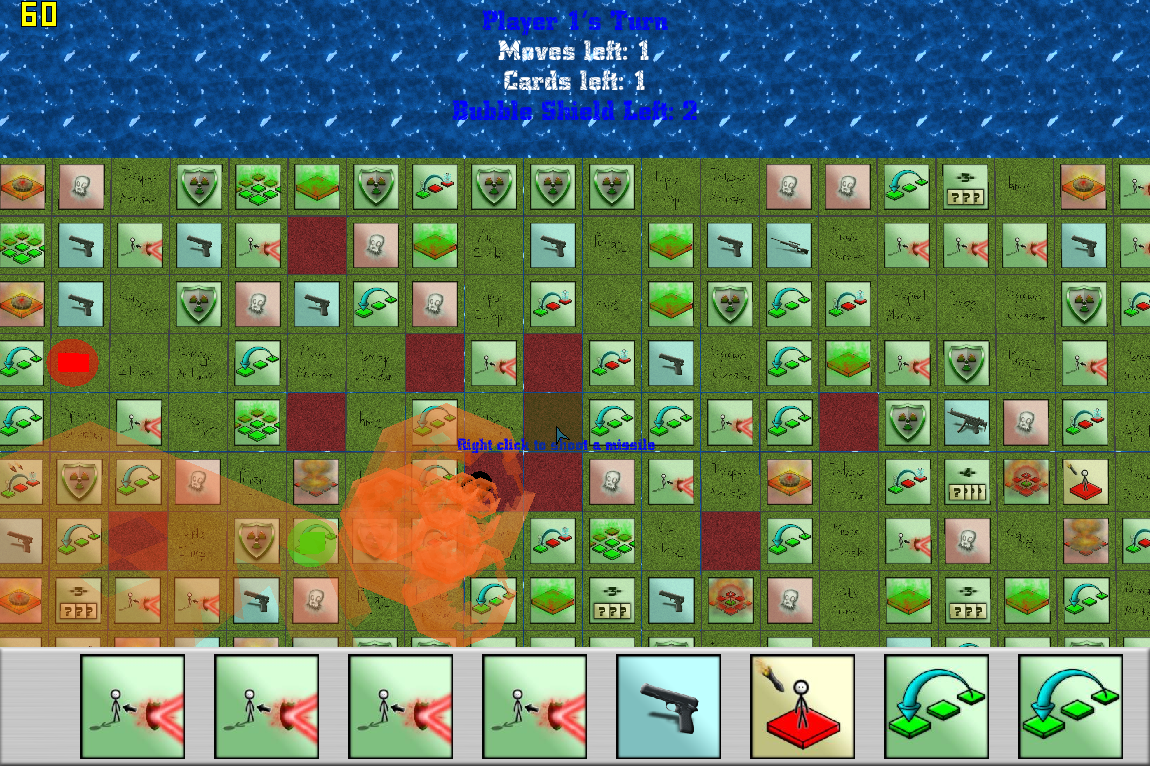 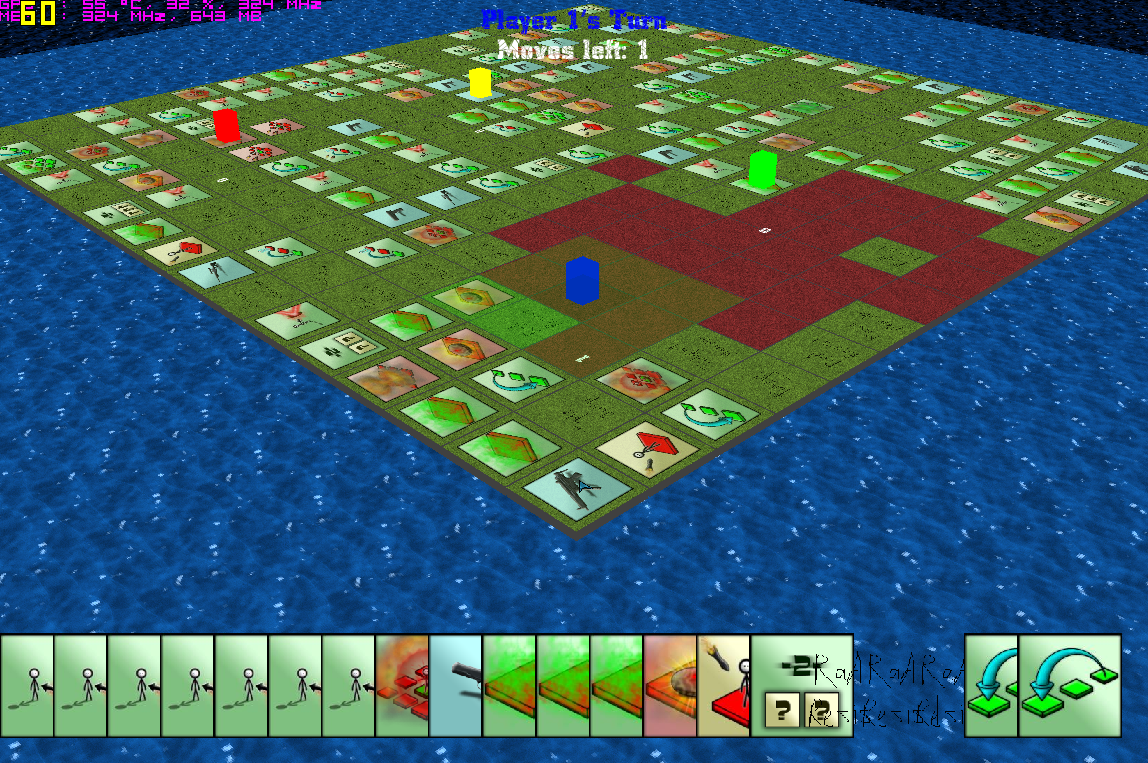